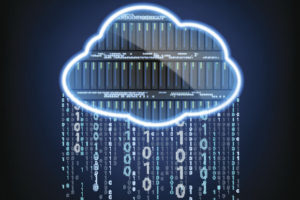 History tells us that most natives of “new worlds” suffer defeat, overwhelmed by well-armed invaders from the old world. But that’s not true of the public cloud, where natives still rule the troposphere: Amazon is the undisputed leader in IaaS, Salesforce takes the pole position in SaaS, and Salesforce wins in PaaS with Force.com.

The old world hasn’t thrown in the towel yet, as this week’s Oracle OpenWorld event makes clear. Oracle CTO Larry Ellison gave a 70-slide presentation Sunday night to kick off Oracle’s annual OpenWorld event, working his way through a litany of SaaS, IaaS, and PaaS offerings that never seemed to end.

Most notable was the new IaaS push. Last year’s OpenWorld declaration that Oracle was going after AWS was outrageous enough; this year Ellison cranked it to 11 with the rallying cry that “Amazon’s lead is over” and a pledge to beat Amazon pricing. Apparently, Oracle’s 2013 Nimbula acquisition, which brought with it two of the original builders of AWS, has finally borne fruit.

How much of this is bravado? In an interview last week with IDG chief content officer John Gallant, Oracle co-CEO Mark Hurd claimed Oracle cloud is “in 20-plus global datacenters.” But realistically, there’s no way Oracle’s investment, which Hurd declined to quantify, can touch the many billions Amazon has poured into infrastructure.

On the other hand, as Hurd pointed out, Oracle is in the unique position among cloud providers of having its own servers, so it controls the stack all the way down to the hardware layer, including the silicon.

That hardware edge underlies Oracle’s new hybrid offering, Cloud@customer, an on-premises hunk of Oracle servers and software that duplicates Oracle’s public cloud, fully installed and managed by Oracle (and offered by subscription, like the public cloud). Available by end of year, Cloud@customer is similar in concept to Microsoft’s on-prem Azure Stack, which sometime in 2017 will give you a private cloud environment virtually identical to the public one, enabling you to lob workloads back and forth at will. In Microsoft’s case, though, you’ll need to buy the server hardware from a partner with Azure Stack pre-installed.

As for SaaS, Ellison insists Oracle is already the largest SaaS vendor in the world with nearly $4 billion in annual SaaS revenue (despite the fact that Salesforce claims $6.7 billion). Well, Oracle may hold the record for the highest number of enterprise SaaS applications, anyway. Oracle’s ERP system alone has 30 different modules. A wealth of marketing and CX (customer experience, including CRM) offerings seems like it could fill any niche. Oracle is also a leading SaaS player in HCM (human capital management) and SCM (supply chain management).

For PaaS, Oracle has its own quirky definition: database plus middleware (normally, databases are considered an IaaS service). Here, Oracle appears to be positioning its PaaS to run legacy workloads: The company offers a public cloud version of WebLogic and of course the Oracle Database, with an AppToCloud function to lift your database and WebLogic cluster skyward.

The PaaS supports more than just Java, though, with Ellison announcing that PHP would be added to a list that already includes Node.js and Ruby. Perhaps Ellison’s most startling announcement was that Oracle 12c Release 2 would be available first in the cloud, then packaged for on-prem — and this “cloud first” arrangement would be the new normal.

Cloud first for the mothership? I can’t think of anything that expresses Oracle’s seriousness about cloud more than that. Also, I’m only scratching the surface of the cloud bonanza — which includes new analytics offerings, a load of security features, a new developer cloud, a chatbot development environment, a visual coding environment, and Docker support that includes a container registry.

What sort of customers will Oracle’s cloud cornucopia attract? The vast majority of Oracle’s cloud customer examples are SaaS customers, which makes sense — Oracle’s SaaS applications have been around longer than the PaaS and IaaS stuff. As best as I can determine, Oracle’s PaaS so far has been used largely to integrate or add functionality to the SaaS offerings, with few legacy workloads moving to Oracle’s cloud at this point.

Those in search of traditional enterprise applications, such as ERP, SCM, or HCM, will have Oracle’s SaaS versions on their short list. Also, no doubt certain large Oracle customers will eventually migrate workloads to Oracle’s cloud and will simply trust Oracle to usher them into the cloud era.

But will developers come? They’ve been the secret to AWS’s growth from the beginning. Developers love cloud self-service like Amazon, Microsoft, and Google offer because it lets them experiment and build on the fly. In the past, Oracle has not provided much of that, although the new Developer Cloud appears to be a step in that direction.

Culturally, Oracle may have a tough time. Developers tend to see Oracle as an enemy of open source, which is why LibreOffice was forked from OpenOffice and MariaDB from MySQL. Also, the Java community perpetually wrings its hands that Oracle isn’t giving Java the attention it deserves. To attract developers, Oracle might consider taking its cue from Microsoft, which under Satya Nadella has warmly embraced open source in its cloud.

Regardless, Oracle’s cloud push cannot be dismissed. A year ago, it was still possible to doubt Oracle’s cloud commitment, to the point where a rogue Oracle exec actually came to me to express his skepticism off the record. But a lot can happen in a year. Much appears to have been built and much will soon be ready.

As Ellison says, “We’re in the middle of a generational change from on-premise computing to super datacenters called clouds.” Whether Oracle will be able to elbow its way into the top tier of cloud providers outside of SaaS is anyone’s guess. But Oracle is making it abundantly clear that it’s not ready to concede anything to the cloud natives.