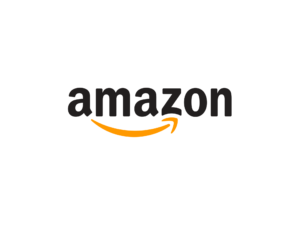 Jeff Bezos’ e-commerce giant accumulated $797 billion in market value on Monday, ending the day trading up 3.4 percent at $1,629.51 per share and overtaking Microsoft  to become the most valuable publicly-traded company in the U.S.

Microsoft, which shot past Apple to nab the title on Nov. 28, closed up .1 percent at $102.06 per share Monday with a market capitalization of $783 billion. According to Fortune, November was the first time in eight years that Microsoft successfully outpaced Apple in the stock market, following concerns surrounding Apple’s growth.

Apple, for its part, may not see itself at the top of this particular list again any time soon. The company’s chief executive officer Tim Cook  issued a letter last week revising guidance for the company’s first quarter fiscal results. Revenue estimates fell from an initial projection of between $89 billion and $93 billion to $84 billion, sending the company’s stock spiraling downward. Today, Apple failed to crack the top three most valuable companies, with Google parent company, Alphabet, grabbing the third spot instead. Alphabet had a roughly $756 billion market cap Monday afternoon, while Apple’s hovered around $700 billion.

“While we anticipated some challenges in key emerging markets, we did not foresee the magnitude of the economic deceleration, particularly in Greater China,” Cook wrote in the letter. “In fact, most of our revenue shortfall to our guidance, and over 100 percent of our year-over-year worldwide revenue decline, occurred in Greater China across iPhone, Mac and iPad.”

As the largest U.S. stocks duke it out for the top spot, we can expect to see Amazon, Microsoft, Apple and Alphabet continue to trade places in 2019.